Barry Sales, who has worked for Cheetah for over 10 years was awarded the Maritime Professional of the year award. The company also completed the handover of their latest International Survey Catamaran to Sinohydro who are tasked with assisting the Padma River Bridge Project in Bangladesh.

A last minute unveiling at the show was a new 9.95m for training and research catamaran which will be delivered to Aberystwyth University later this month.

Cheetah Marine, which has built nearly 500 boats over 25 years, has around eight boats in the build process at any one time. Sean Strevens confirmed current builds include remote location craft, tuna charter fishing and further hydrographic survey boats for the overseas market. 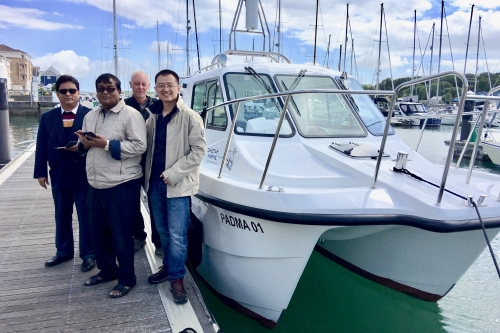