Sean tested Anglo Dawn in a force 7 easterly, which are renowned for blowing straight into the harbour and creating a large swell on the shallow entrance. These photos were taken in kinder but cooler force 3-4 north east. The new 9.98m with the 3.7m beam will be used for charter and commercial fishing in Devon. More details will follow shortly.... 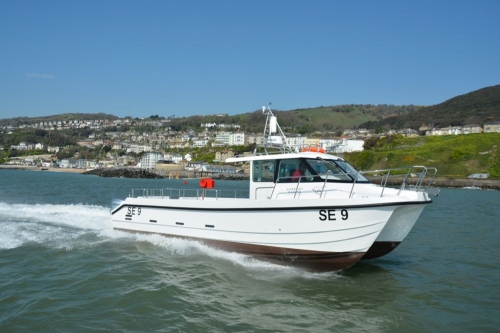