Just launched, these are the recent shots of John Davies' new 10.2m Cheetah on sea trials from Ventnor Haven. John has worked his 9m Cheetah since 1996 from the beach at Cromer. read the build story: 14 years onn and Cromer Fishermen orders his second Cheetah (Jan 2011) at

During seatrials on Sunday she handled very well, as all Cheetah Marine boats do. I am impressed with handling and very little if any slamming in head seas. She seemed an improvement from my 9m 'Laura Ann' .....if that is possible!"

Full write up and delivery details to follow soon..... 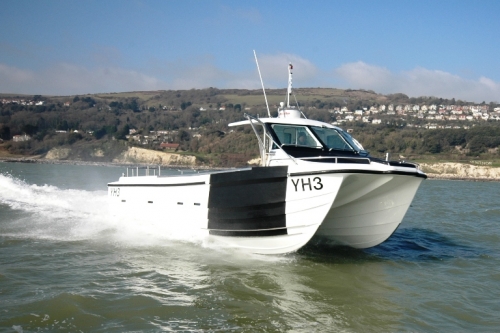