Hydrogen Power - is this the fuel of the future?

With increasing fuel prices a major concern and the ever present issues of global climate change accelerated by human combustion of fossil fuels, it is no surprise that we are all looking for cleaner, more economically viable power options. From the widely variable list of alternative fuels on the market, hydrogen has huge potential as a marine fuel.

The Cheetah Marine and ITM Power Partnership forms partof the broader Ecoisland Vision with ambitious plans set out for the Isle ofWight which include the lowest Carbon footprint in the UK and developing theisland as a World Centre for sustainable development research and technology ina real life community.

Cheetah Marine willwork closely with ITM’s leading scientists and engineers to optimize existingpetrol outboards to run on hydrogen which will reduce harmful emissions, fuelcosts and enhance ease of refueling.

‘We are delighted tobe working with ITM Power to replace fossil fuels with hydrogen. Hydrogen is arealistic fuel substitute for marine applications and could play a vital role worldwidein reducing emissions. We are always looking for new projects to keep CheetahCatamarans at the forefront of powerboat design and are pleased to be localpartners of Ecoisland and part of sustainability on the Isle of Wight.'

The resultingcatamaran will replace Cheetah’s existing demonstrator ‘Free Spirit’. Theproduct will ultimately be available on the market where alternative poweroptions are already becoming very attractive for both commercial and leisureusers.

‘This is a greatopportunity for ITM Power to help expand the range of hydrogen vehicles onavailable in the EcoIsland project. Cheetah Marine is a very exciting partnerand together we hope to develop a product for the global marine market.' 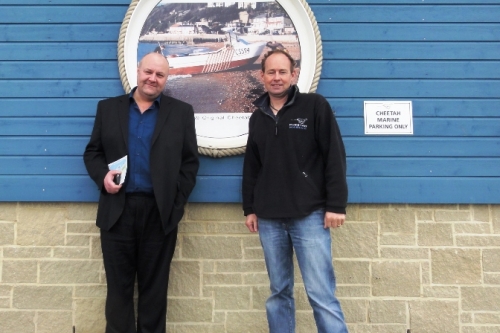