Herding Cats in the North Sea

Cheetah owners from across Belgium and Holland gathered in Nieuwpoort to join in the largest Cheetah Convoy to date. The film shows 11 Cheetahs out on the water, some impressive logistics from Cheetah Agent, Jan de Jonghe who organised the event and some serious Radio co-ordination by Sean Strevens who skippered whilst herding 10 Cheetahs for aerial and on water filming.

Cheetah would like to extend a huge thank you to all owners, families and friends who made the trip so successful and Nathaniel and Lloyd Wheatley from ProCam Films, Isle of Wight. 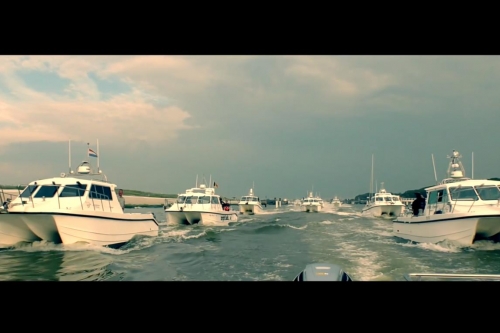