Meet Ben. Ben leaves Brixham harbour in the dead of the night aboard his 10m Cheetah.

In a series of Channel 4 'idents' Honda wanted to tell compelling and interesting stories about what makes the Honda products unique. Honda selected Skipper Ben Hersey of 10m 'Goldfish' to film over several nights in April this year. 'Goldfish is powered by twin Honda BF135hp marine engines.

The advert follows as 'Goldfish' heads out into the night. Ben and crew are heading for the wrecks to catch fish using new methods of sustainable fishing which include bioluminecent lures. And in the strange and surreal world, captured perfectly by producers 'Wieden and Kennedy' Ben depends on his trustworthy Honda engine to get him home and back safely

The mini documentary 'nightfishing' is part of a series of idents on Channel 4. Idents are the short clips that you see before a TV programme starts and during the advert breaks.

In support of the creative campaign, Honda is running an online competition open to all Honda owners - the winner of whom will feature, alongside their Honda product, in the concluding part of the campaign. You can take part in the competition by visiting:
http://hub.honda.co.uk/take-part/

Shay Reading, Creative Director Wieden + Kennedy who produced the clips said: “People are naturally fascinated by how things are made and work. Over the next year we’ll be exploring the unseen Honda to capture the ingeniousness, precision and positivity that runs throughout the company.” 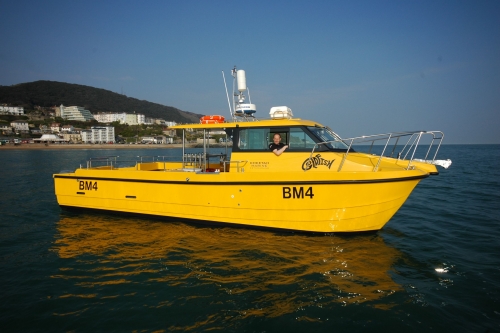