Trials have begun on the Isle of Wight which may show the potential of hydrogen as a low-carbon fuel for the future.

Cheetah Marine have been working closely with ITM Power, specialists in hydrogen energy systems to develop and test a hydrogen powered catamaran. The 9.95m Cheetah is the first marine example where a Hydrogen Internal Combustion Engine (HICE) producing only water and no carbon dioxide is used for propulsion.

With a refueller now installed at Cheetah’s seafront workshop, the ultimate goal is to produce hydrogen with excess energy from the workshop’s PV panels to power the boat.

Sea trials will continue into the spring with a Round the Island Car vs Catamaran Race planned for April. 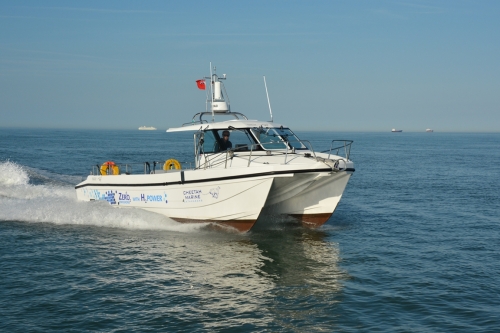