The four vessels currently in build will pursue a range of sampling tasks by various means including grabs and corers, trawl nets as well as Cheetah’s patented Hydropod system enabling easy deployment of a variety of MBES transducer heads. The system, tested by Reson engineers, confirm that high accuracy of the fixing position ensures that the system does not require recalibration after high speed transit.

Cheetah Marine will also manufacture a custom triple axle trailer to suit the 7.2m which will be based in Belgium. The clients include Cardiff Harbour Authority, Aberystwyth University, Belgian W & Z Surveys and a port authority based in Marseille

The Cheetah Survey Catamaran has an established reputation amongst port authorities and survey companies and is known as one of the most effective small trailerable vessels currently on the market. For more information see www.cheetahmarine.co.uk 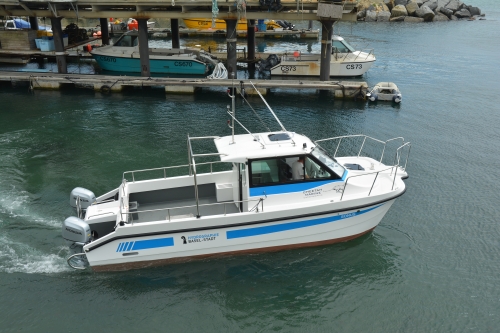