The new system supplied by sole European agents, HyproMarine provides precise 360 degree maneuverability for twin outboard powered vessels. Joystick controlled, the system enables slow speed sideway maneuvers, assisting boat handling when docking and maneuvering in confined marinas. The Optimus 360 has been fitted to Cheetah's 9m demo boat based at Ventnor Haven and is the first installation outside of the U.S and the first of its kind using Honda propulsion.

Unlike Cheetah’s standard twin outboard configuration where the outboards are linked by mechanical tie bars, the Optimus 360 system operates each engine via its own electronically controlled hydraulic cylinder. The joystick controls both the individual engine position as well as the throttle and gear shift. This enables the boat to be controlled by moving the joystick in the required direction including sideways. Wheel steering is also provided by an electronic helm for conventional higher speed control and a Cantrac display monitors the whole system. Plans to further develop the system will be unveiled shortly. 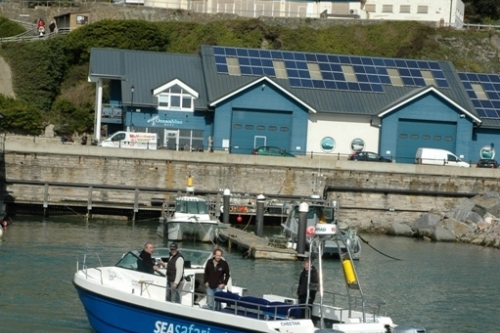